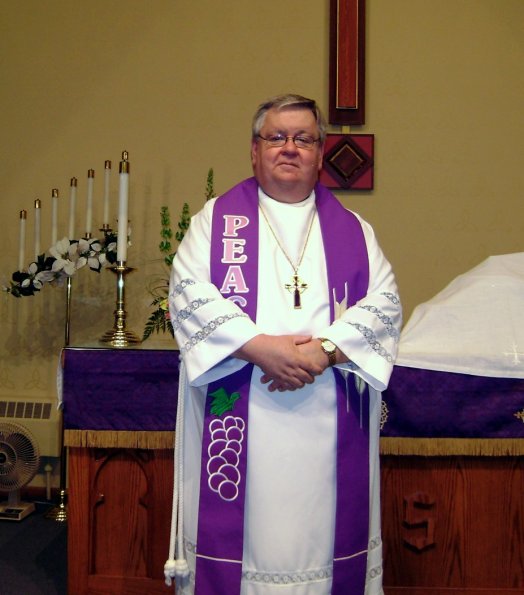 Rev. Darrel L. Bergelin was born to Melvin and Doris Bergelin. He grew up on a dairy farm in rural Hilbert, WI. He attended St. Peter’s Lutheran Church and school in Hilbert and graduated from Hilbert High School. After completing course work at Concordia College, Milwaukee (now known as Concordia University Wisconsin) and Concordia Senior College, Fort Wayne, IN, he entered Concordia Theological Seminary in Fort Wayne, IN.

Upon completion of his Seminary training, he was called to serve as pastor of the dual parishes of Grace Lutheran Church, Uniontown and Zion Lutheran Church, Longtown, MO. He was ordained on June 13, 1976 in Hilbert.

Pastor Bergelin was installed as Pastor at Trinity Lutheran Church, Howards Grove on June 10, 1979. During his time at Trinity, Pastor Bergelin has served as Pastoral Advisor for the Lutheran Women’s Missionary League (LWML), Circuit Counselor for Circuit 13 and chairman of Sheboygan Area Lutheran High School. He has also been on the district board of directors for the South Wisconsin District (SWD) of the LCMS.

He was joined in Holy Matrimony to Deede Jensen at St. Peter’s Lutheran Church, Hilbert, on August 18, 1973. They have been blessed by God with ten children: Dianna, David, Dawn, Denise, Daniel, Douglas, Doreen, Darren, Derek and Darci.