Here are brief biographical sketches of several men from our congregation who have been called into the Office of the Holy Ministry over the history of our church: 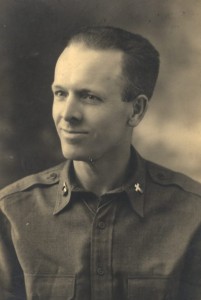 Born in 1906 to Carl and Sophia (Wehrmann) Luecke, it is believed that Gerhard Luecke is the first son of the congregation to enter the ministry. He was baptized and confirmed at Trinity as well as graduated from the day school.

He graduated from Concordia Theological Seminary, Springfield, IL, in 1936. His first call was to St. Matthew Lutheran Church in Pittsburgh, PA. Later, he served at Fatih, Pittsburgh and Bethany, Pleasant Hill, PA (1939-1942).

He served as a chaplain during World War II. After the war, he received a call to York, PA, where he served until he retired on October 21, 1984. He died in 1991, at the age of eighty-five. 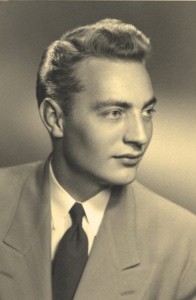 His vicarage lasted for two years at St. John’s Lutheran Church in Orange, CA. He was ordained on September 18, 1949. Immediately he began serving at the Inner-City Mission in New York City. Illness forced an early retirement and he was called to his eternal rest on August 23, 1982. 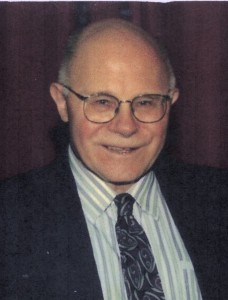 Rev. Kermit Walk is the son of Gustive and Viola (Kuester) Walk. He was baptized at Trinity in 1933 and confirmed in 1946. He graduated from Howards Grove High School in 1950. He attended the University of Wisconsin, where he graduated with a degree in Industrial Engineering in 1959. He worked with the Mirror Company in Manitowoc until he was led to Concordia Theological Seminary, Springfield, IL. He vicared at St. Paul Lutheran Church in Jackson, MO. In 1966, he graduated and was ordained at Trinity by Rev. Portratz.

On November 3, 1976, Rev. Walk married Edwina. Now, the Walks live in Illinois where Rev. Walk is enjoying his retirement. 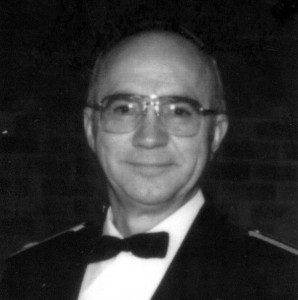 Rev. Kenneth Henschel was born in 1930 to Melvin and Martha (Ebeling) Henschel. He graduated from Concordia High School in Milwaukee. He attended Concordia College and Seminary in St. Louis. He graduated on June 1, 1960. On July 15, 1961, he was ordained at Zion Lutheran Church, Belleville, IL, where he served until called into military service. In 1967, he spent a year serving his country in Vietnam. Afterwards, he served three years in Germany, and then the Philippines, San Port, Montgomery, AL and Cape Kennedy, FL. After twenty-five years as a military chaplain, he retired. He passed away in 1986 of stomach cancer. 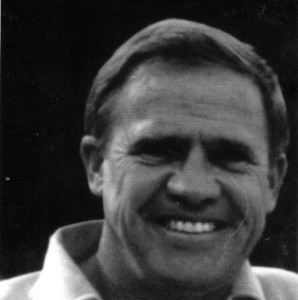 Rev. Marvin Henschel was born in 1934 to Melvin and Martha (Ebeling) Henschel. He graduated form Concordia High School in Milwaukee in 1955. He graduated from Concordia Seminary, St. Louis in 1960. During his ministry, he served in Kansas for four years, Watertown, WI for four years, and in Oklahoma for thirty-five years. He retired in January 2000, but still serves two congregations in Oklahoma City on a part-time basis.

He is married to Shirley Wegner from Trinity, Sheboygan. They currently live in Oklahoma City, and have three sons, two daughters-in-law and four grandchildren.

Rev. Kenneth Portratz came to Trinity as a sophomore in high school when his father was called as Trinity’s tenth pastor. He graduated from Concordia College, Mequon in 1954 and began attending Concordia Seminary, St. Louis that year. After his vicarage at Zion Lutheran Church, Schenectady, NY in 1958, he entered the teaching ministry. He taught at Concordia Lutheran High School, Fort Wayne, IN, for two years and eight years at Milwaukee Lutheran High School. In 1967, he entered the Seminary Colloquy program. In 1968, he was placed at Peace Lutheran Church, Sussex, WI. He served there until 1970. He then served Pilgrim Lutheran Church, Wauwatosa, WI from 1970 until his retirement in 1999. 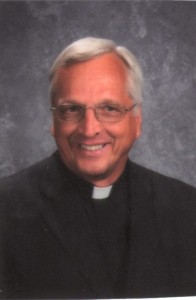 Rev. Rohde was born on May 3, 1951, to Walter and Valeria (Damrow) Rohde. He attended Concordia High School and Junior College in Milwaukee; Concordia Senior College in Fort Wayne; and Concordia Theological Seminary, Fort Wayne. He graduated in 1977. He was ordained in June 1977 at Trinity by Rev. John Portratz and installed at the dual parish of Immanuel, Jackson and Christ, Gordonville, MO in July of that year. He accepted a call to St. Paul’s, Bremen, IN in 1981 where he still serves today. He has served on the Indiana District Board of Christian Education (1985-1991) and the Indiana District Nominating Committee (1997-present). He has been Circuit Counselor of the South Bend Circuit, Pastor Counselor of the Indiana District LWML, LWML Zone Counselor, LLL Zone Counselor, Pastor Adviser of the South Bend Lutheran Mission Association.

Rev. Rohde married Jeri Ottensmann from Sheboygan and they have five children. 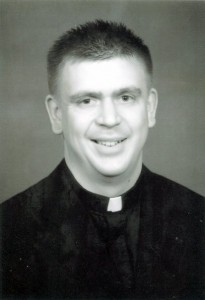 David Arthur Darrel Bergelin was born in Springfiled, Illinois on April 10, 1976 to Rev. Darrel and Deede Bergelin. He became a child of God through Holy Baptism on April 20, 1976 at Trinity Lutheran Church, Springfield, Illinois. He was confirmed in the faith on May 6, 1990 at Trinity Lutheran Church, Howards Grove, WI. David received his elementary education from St. Paul’s Lutheran School in Sheboygan and graduated from Sheboygan Lutheran High School in 1994. David attended Concordia University-Wisconsin, graduating in 1998 with a Bachelors degree in History, minor in Education.

Following graduation from Concordia-Wisconsin, David taught theology at Milwaukee Lutheran High School. He enrolled at Concordia Seminary, St. Louis, MO in the Fall of 2000. His vicarage year was served at Zion Lutheran Church in Fallbrook, California. David graduated from Concordia Seminary with a Mastor of Divinity degree on May 20, 2005. David received a Call to serve as pastor of St. Paul’s Lutheran Church, Lexington, Illinois. Installation as pastor of St. Paul took place in October of 2005. 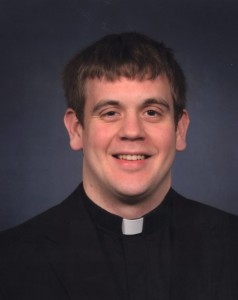 Douglas James Darrel Bergelin was born May 5, 1981 to Rev. Darrel and Deede Bergelin. He was baptized on May 17, 1981 at Trinity Lutheran Church, Howards Grove. He was confirmed in the faith on May 7, 1995 here at Trinity.

Douglas received his elementary education from St. Paul Lutheran School in Sheboygan and graduated from Sheboygan Lutheran High School in 1999. He attended Concordia University Wisconsin, graduating in 2003 with degrees in Pastoral Ministry and Theological Languages. He then attended Concordia Seminary, St. Louis, and graduated with a Mastor of Divinity degree in 2007. Douglas spent his year of vicarage at Zion Lutheran Church, Denison, Iowa.

Douglas received a call to be pastor of Zion Lutheran Church, Bismarck, North Dakota. Installation was in August, 2007