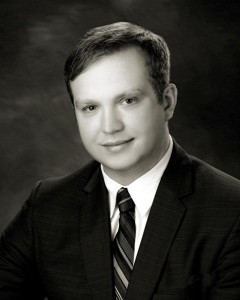 Curtis Rhodes Dorsey was born in Brenham, Texas on November 10, 1979 to Cecil Dorsey, Jr. and Carolyn (Weatherly) Doresy. He was baptized at Immanuel Lutheran Church in Giddings, Texas on December 16, 1979 by Rev. Emil Krugler. Curtis grew up in Giddings, Texas where he has been a member of Immanuel Lutheran Church his entire life. He was confirmed by Rev. Wilburn Michalk and Rev. John Burger on March 27, 1994. His confirmation verse is John 14:27.

Curtis attended Giddings public schools and graduated from Giddings High School in 1998. He was president of the Immanuel Youth league during his Junior and Senior years in high school. He played football, was a member of the One Act Play cast, and participated in various other school and church related activities. Curtis attended two National Youth Gatherings, and in August 1997, he attended the Great Commission Convocation in St. Louis.

Curtis graduated from Concordia University, Austin, Texas in May 2005 where he earned a Bachelor of Arts degree in Behavioral Sciences. While at Concordia he performed with the Concordia Players in several dramatic productions. In August 2005, Curtis entered Concordia Seminary, St. Louis. In November 2006, he participated in a short term mission trip to Hong Kong, and Macau in China.

Curtis is interested in sports, especially football and basketball, and enjoys music, art and drama and gourmet cooking.