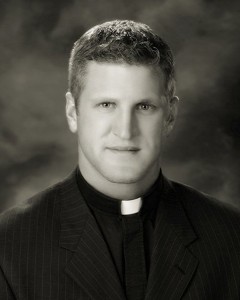 Born in Tulsa, OK Nathan received a Bachelor of Arts in Family Studies from Concordia University in Ann Arbor in 2003. He graduated from Concordia Seminary St. Louis in June of 2010, In July of 2010 he was ordained at his home congregation, St. Paul Lutheran Church, in Hamburg, MI. He was installed at Rock of Ages Lutheran church in August of 2010. After serving for four years, he accepted a call to serve as minister of Evangelism, Missions and Outreach at St. John’s Lutheran church in Orange. He also serves as part of the core team of the Love Santa Ana Initiative.